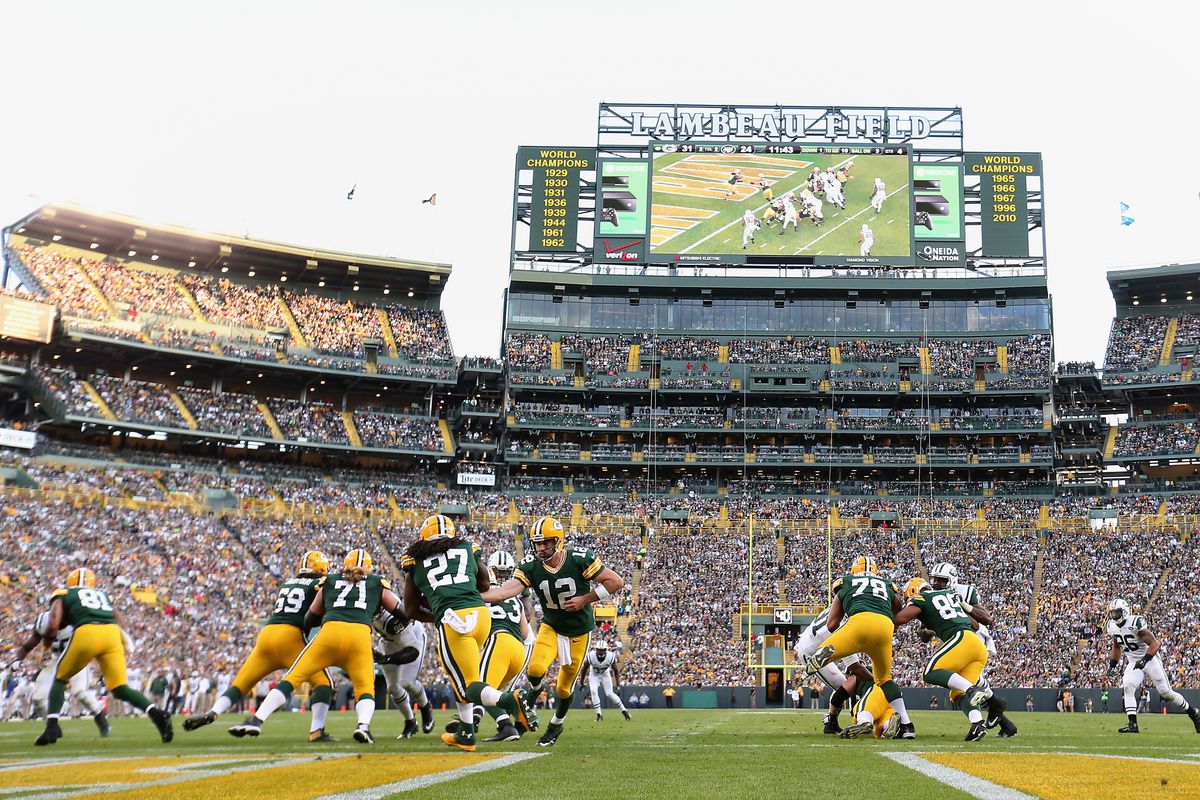 Ever heard of the Frozen Tundra? Nope. It is not part of a World of Warcraft game.

The Frozen Tundra is the nickname for Lambeau Field, which was also formerly named as City Stadium from 1957-1965. This gridiron football stadium can be found in Green Bay, Wisconsin, and is the home of the city’s NFL team, the Packers. Furthermore, Lambeau Field is the oldest stadium with a NFL in continuous residence.

So, why was it nicknamed as the Frozen Tundra? The nickname was derived as Lambeau Field is an outdoor stadium in a cold-weather city. And, when we say cold, we do mean below 0 °C kind of cold. One of professional football’s most memorable games was held in the stadium on December 31st, 1967, and was named the “Ice Bowl”. Believe it or not, the Packers and the Dallas Cowboys played for the NFL championship in −13 °F (−25 °C) weather on that date! The Packers won, 21–17. However, the stadium turf was electrically heated to keep it from freezing solid in cold weather for the players but the air was still ice cold to breathe in.

Initially, City Stadium was built to replace a smaller stadium of the same name but was located in a different location. The total cost of construction for the new City Stadium was at $960,000, and it was financed by both the Packers and the city of Green Bay. 32,000 fans showed up for the opening day on September 29, 1957, when the Packers defeated their nemesis, the Chicago Bears. The stadium has gone through a great number of expansions to mainly increase its seating capacity since then.

As ticket demands increased tremendously for the Packers’ games, seating capacities increased all the way passing the 50,000-mark by 1965. There is a good explanation behind the sold-out phenomenon for every home game since 1960. This was all due to the work of legendary Head Coach, Vince Lombardi, who during his tenure from 1959 to 1967 led the Packers to great wins in the NFL.

Lambeau Field was renamed in 1961, shortly after the death of Curly Lambeau, the co-founder of the Packers in 1919. This stadium is one of the rare stadiums in the nation that has not been renamed for a corporate sponsor, yet. Although the naming rights were for each of its eight main gates.

In 1985, the first luxury boxes were installed at the Frozen Tundra. By 1995, more boxes and club seatings were added, raising the seating capacity to more than 60,000. In the same year, the Packers made Lambeau Field their full-time home after having some of their home games held in Milwaukee since 1933.

Again in 2000, the stadium went through a redevelopment project approved by voters to raise seating capacity to more than 73,000 by 2003. Included in the same project was to build the Atrium. The Atrium is a building that opens all year-round and houses the Packers Hall of Fame Museum, Packers-themed commercial outlets, and meeting space.

More seats and a standing-room area was added in 2013 and 2014. These and further additions brought the capacity of the Lambeau Field to more than 81,441, fourth-largest in the NFL today. However, according to reports, even after repeated enlargement of the stadium, a waiting list for season tickets still had tens of thousands of names.

Other than hosting the Packers’ home games, the stadium is used for other events such as ice hockey, Packers’ shareholder meetings, high school/college football, snowmobile racing, and concerts. Some of the celebrities who have had their concerts hosted in the stadium are Paul McCartney, Uncle Kracker, Billy Currington, and Billy Joel.

Excited Packers players will jump into the end-zone stands after scoring a touchdown and this act is named as the “Lambeau Leap”. The action was invented by LeRoy Butler on December 26, 1993. Robert Brooks took on the tradition and later on popularized the leap.

However, home fans have shown resistance towards players from other teams who attempt the “Lambeau Leap” over the years.

Grab your chance to do your own version of the Lambeau Leap in front of the statue.

For further information on the Lambeau Field, visit the pages listed below.

Ticket Policies:
For information on ticket guarantee and on our preferred ticket marketplace please view the Lambeau Field tickets page.

Sign up for our newsletter and get $5 off your first order!
You will also recieve a monthly “What’s On Guide” to your email!